You know, a self-made entrepreneur is a hard thing to come by nowadays. Those people who strived from the working classes, only to find themselves the CEO of a major corporation – they seem to be a dying breed.

Admittedly, they weren’t ten-a-penny 30 years ago either. But there’s something in the romantic resilience of the old-school entrepreneur that seems to be lacking in the millennial breed. Unlike the Mark Zuckerbergs and Biz Stones of this world, the self-made people of yore didn’t attend universities and suddenly strike gold.

They left school at an early age and grafted until they had laid the foundations for a good business. Then they built up and up until those riches flowed.

Do you want to be like them? Then here are a few strategies you could try.

Know the future of your trade

If you’re still wowed by the printing press, you might not be the most effective entrepreneur. Those with an eye for the future generally turn out to be the best businessmen, with their keen ability to pick out and monetise the markets of the future.

Take the microgeneration certification scheme as a prime example. A new way to gain renewable energy, canny electricians are taking these schemes to future-proof their business, gaining higher rates in the process.

Take a leaf from their book and make sure you can predict where the future lies.

Know the inner workings of the net

Becoming an internet success wasn’t always difficult. Just a decade ago, you could set up a webpage with a nifty idea and have millions of browsers eating out of your hand.

But as the web grows wider, even finding an audience of one can be difficult. You’ve got to know every trick in the book to get your website recognised – Search Engine Optimisation (SEO) techniques, web formatting and even constant high-quality content.

It’s a tricky nut to crack, but with the right site, you could be drawing people to your business like moths to a fibre-optic flame.

A colossal mistake that a lot of businesses make is to be far too broad with their product. They latch onto huge ideas in such a generic way that the public write them off as just more tat they don’t need.

To open up the market for your product, you’ve got to stand out from the crowd to even gain a glimmer of interest. Find a unique selling point and push it to the fore of your marketing – it’s what could differentiate you from the pack.

With our restless minds, we humans are always on the hunt for the shock of the new. If you can provide that sensation, you’ll be seeing pound signs in no time.

Tags
ceo self made

How to Avoid Drowning in a Digital Maelstrom 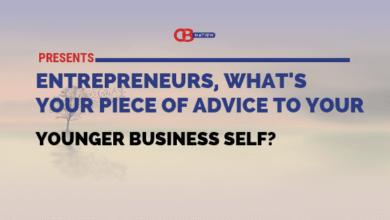 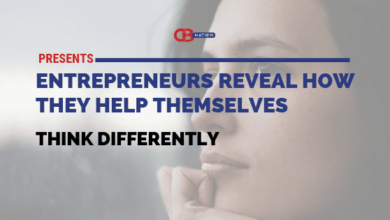 20 Entrepreneurs Reveal How They Help Themselves Think Differently