In  the past month, if you have responded to one of our questions you might have seen a new name to the CEO Blog Nation team, Ashley Poulter. She will join CEO Blog Nation as a writer and can be reached at [email protected]. Ashley took a few moments to tell us about herself.

Tell us about yourself:

My name is Ashley Poulter and I live in the foothills of North Carolina. I grew up in an extremely small town with my parents and three sisters. As for my educational background, I attended a college in the mountains of NC, Mars Hill College, and graduated with a Bachelor of Arts in English.

English has always been a passion of mine, both the history of England and, more importantly, the authors. I loved reading how they manipulated the language and used such creative sentences. They could take a relatively boring tale and turn it into something amazing with just a few uniquely placed words. During college I studied everything from Scottish literature to the more modern, popular authors. Some of my favorite authors include Lord Byron, Robert Burns, William Blake, Elizabeth Barrett Browning, William Butler Yeats, and the list goes on. Having the ability to write words on a page and stir emotion or interest in someone is the reason I love writing. I can express ideas that I would never be able to do otherwise.

Since graduating college I have been able to have several of my short stories and poems published in literary magazines around the country. In my spare time I work on my novel and continue with short stories and poetry. Previous to writing for CEO Blog Nation, I worked at a newspaper and also as the social media manager for another company.

In my free time I love to go hiking and camping on the Blue Ridge Parkway. My family always prepares a big meal and throughout the summer we go picnic along the Parkway. I enjoy being outdoors whenever I can and spending time with my friends and family. I also enjoy shipping for antique books and trinkets with my mom. I come from a very tight knit family and we do a lot of activities together. One of my more secretive loves is video games. I have been playing them since the age of two and never quit. And something unique about me would be that my birthday is on Christmas.

Which entrepreneur would I want to be most and why?
Though I’m not a fan of the Harry Potter series, I’m a huge fan of J.K. Rowling and what she has done for herself. While not an entrepreneur in the traditional sense of building a business, she is one with the empire of Potter she has created. Like many, she went from receiving government assistance to being a billionaire and one of the most beloved authors in history. She wrote ideas for Harry Potter on napkins and scrap pieces of paper. Her drive never ceases and she’s not content with having written just the Harry Potter series. Her charity, imagination, and drive are what I consider a top tier entrepreneur.

My definition of entrepreneurship

The physical form of a dream is what entrepreneurship means to me. Someone has an idea, a dream they want to realize. The path of working long hours, scraping up enough money, gathering customers and everything else involved in making their dream come true. Thus, all of this makes up what a ‘dream’ actually is.

Why did I decide to major in journalism?

I am first and foremost not a public speaker. My entire family and my professors in college can attest to this fact. But one thing I did have the ability to do was make people understand ideas in a new way through my writing. I could move them to happiness or sorrow with what I wrote and that was something special. Mix in my love for asking questions (my parents can definitely attest to the fact of me asking endless questions about everything) and you have my love of journalism in a nutshell.

What role do you see entrepreneurship playing in journalism?

In the online world, anyone can be a journalist. With an endless amount of blogs and newsletters popping up each day, anyone with access to a computer and basic writing skill can tack the title of journalist on their resume. While the quality of what is written can often be lacking, there is also freedom for some. Like I said before, anyone can be a journalist. This means people can publish their own material, circulate their own magazines and newspapers and even release their eBooks to large sellers like Amazon. For an entrepreneur this will be a handy tool to have.

5 Things Every Millennial Entrepreneur Should Know About Startups | GOBankingRates 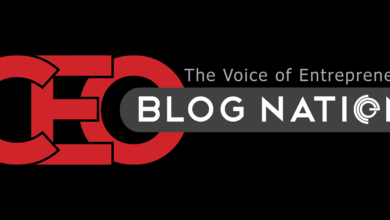 What is CEO Blog Nation?