“Even though starting a company was completely my dream, I found myself confronted with a lot of irrational fear that I really could not explain,” says Dr. Berger. “Even if the company failed, I was sure I would get another good job afterwards, so objectively there was no reason to fear.”

He eventually launched the business—a sushi restaurant chain with automated production—and at the same time explored the relationship between fear and entrepreneurship in his Ph.D. thesis as a doctoral student at the University of Bremen in Germany. He surveyed and interviewed nearly 600 entrepreneurs to find out what fears gripped them and why—and how they could overcome that powerful emotion. (Dr. Berger has since sold his company and now works as a senior manager at Amazon.com Inc. AMZN -6.29 % ’s European arm.)

DR. BERGER: A lot of good ideas don’t get turned into companies because the potential founders are too fearful. So, fear has a big influence on who ends up founding.

DR. BERGER: People are less fearful if they have leadership experience and an intrinsic motivation to start a company. The sex of the entrepreneur also matters. Females tend to be more fearful about founding a company, even though they have the same success chances once they actually do. A lot of the entrepreneurship potential of women is untapped.

Fear can paralyze a potential entrepreneur—something Philipp K. Berger knows all too well. Back in 2010, while working as a management consultant at McKinsey & Co., Mr. Berger thought about starting his own business. But he found himself caught up with worrying about the move.

Be Your Own Boss: How To Go From Student To Entrepreneur In 8 Steps [ELITE DAILY] 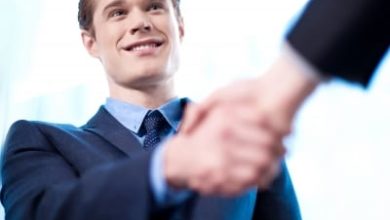